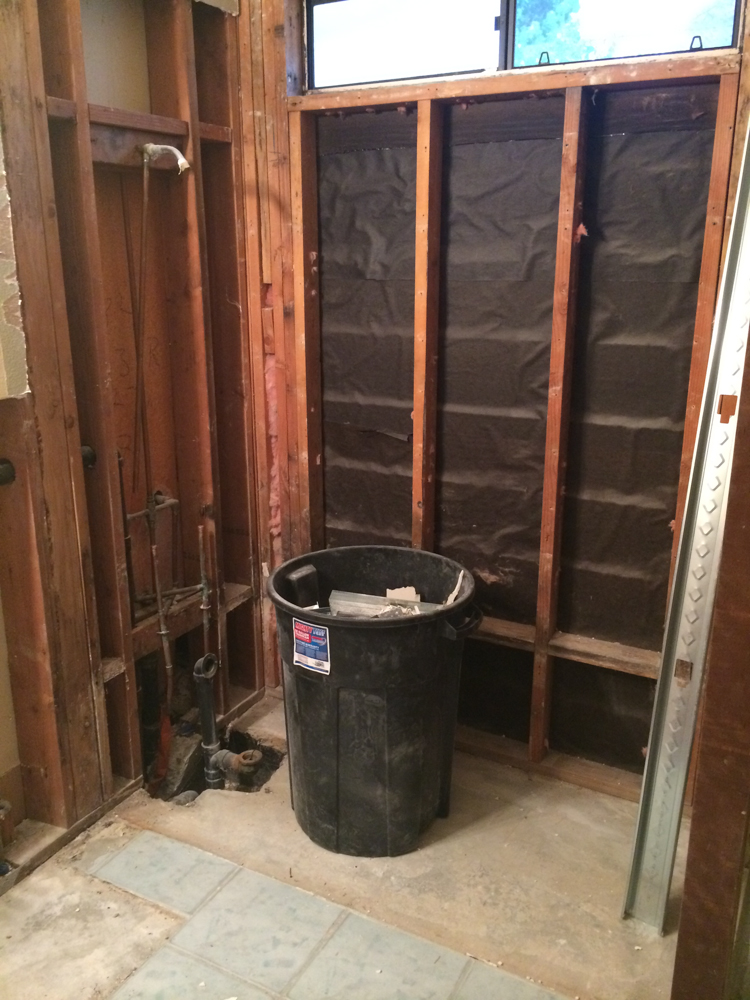 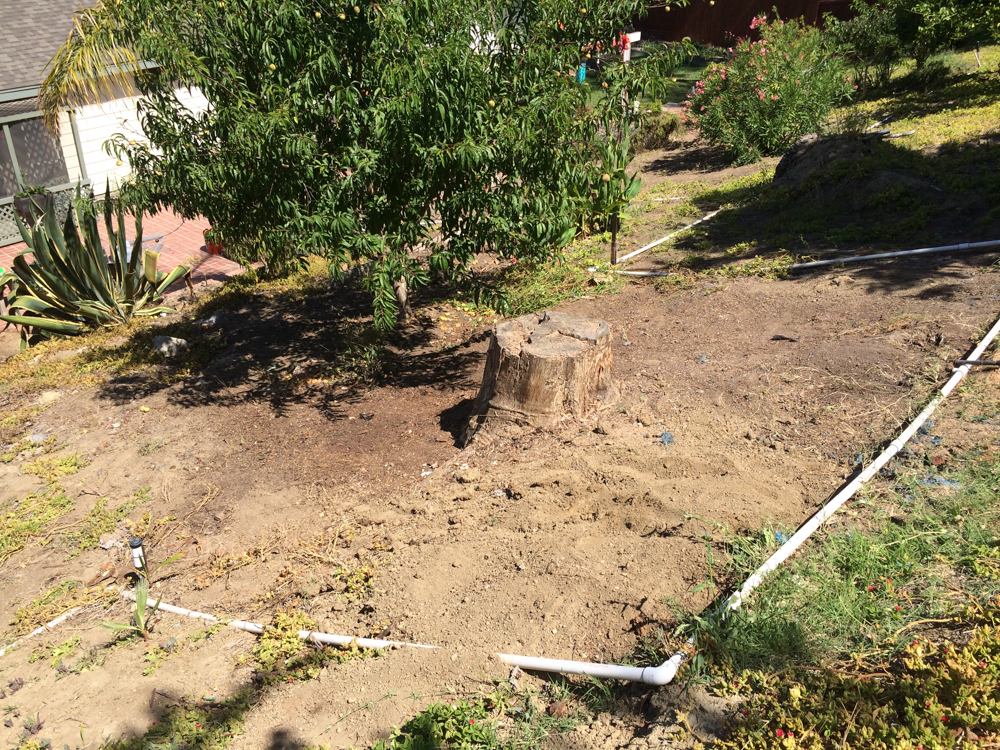 Today the demo begins on the master bathroom. We’ve waited over two years to finally say “goodbye” to this blue tile and rusty tub. Here’s what it looked like on move-in day. 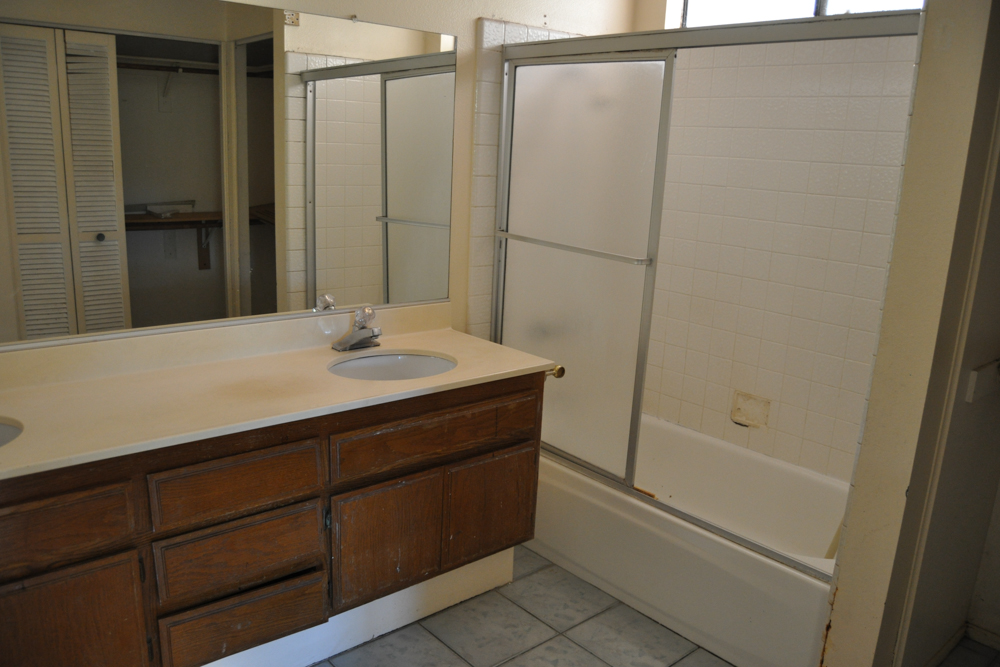 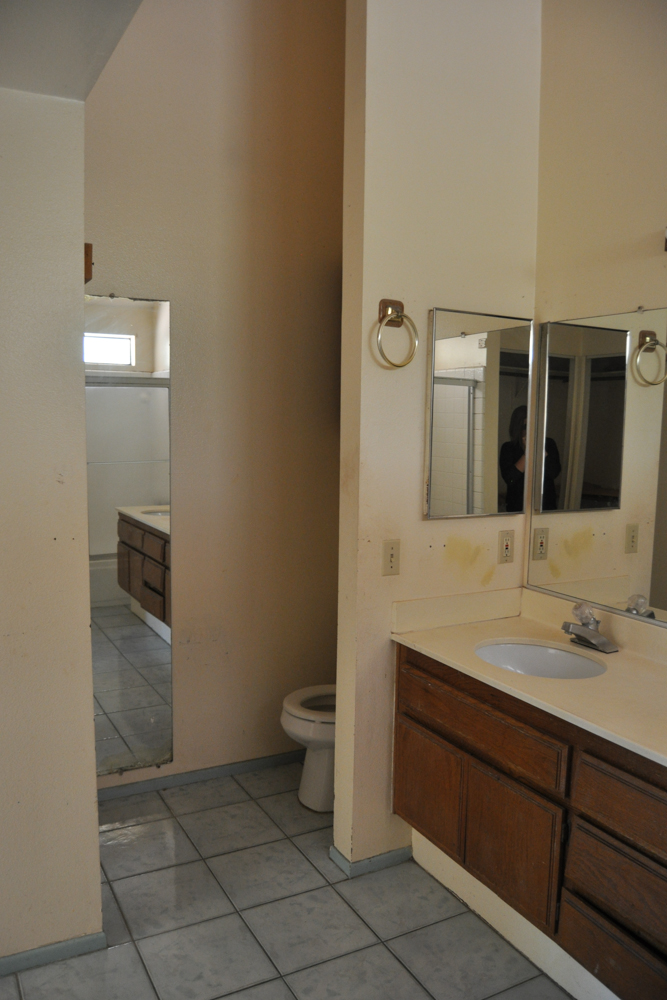 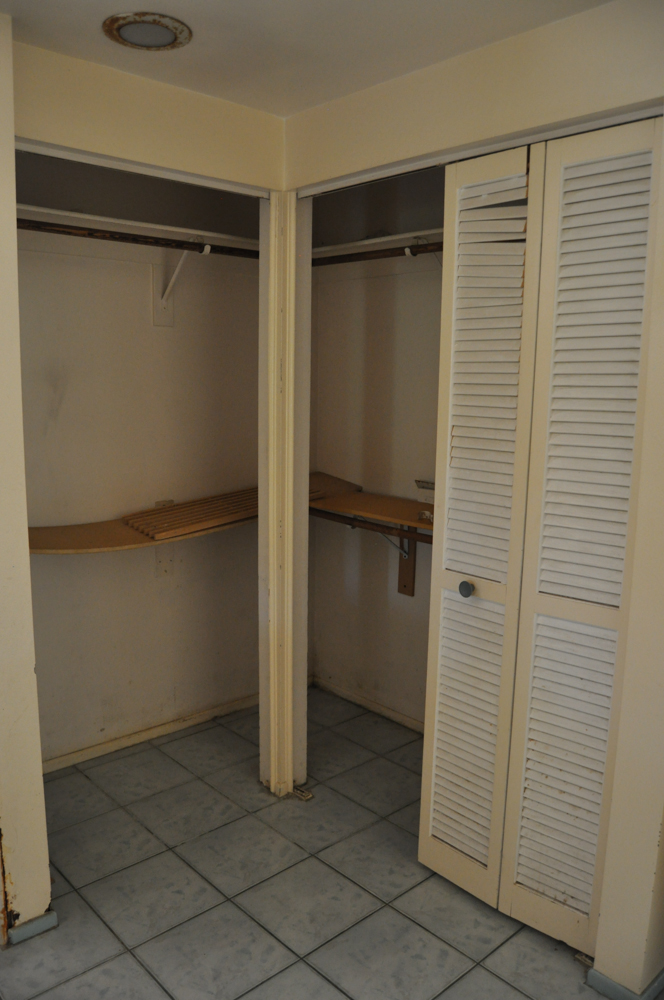 Pretty disgusting all around. Since we plan to sell or rent this place eventually, the upgrades will be kept on the generic side. Updates soon!