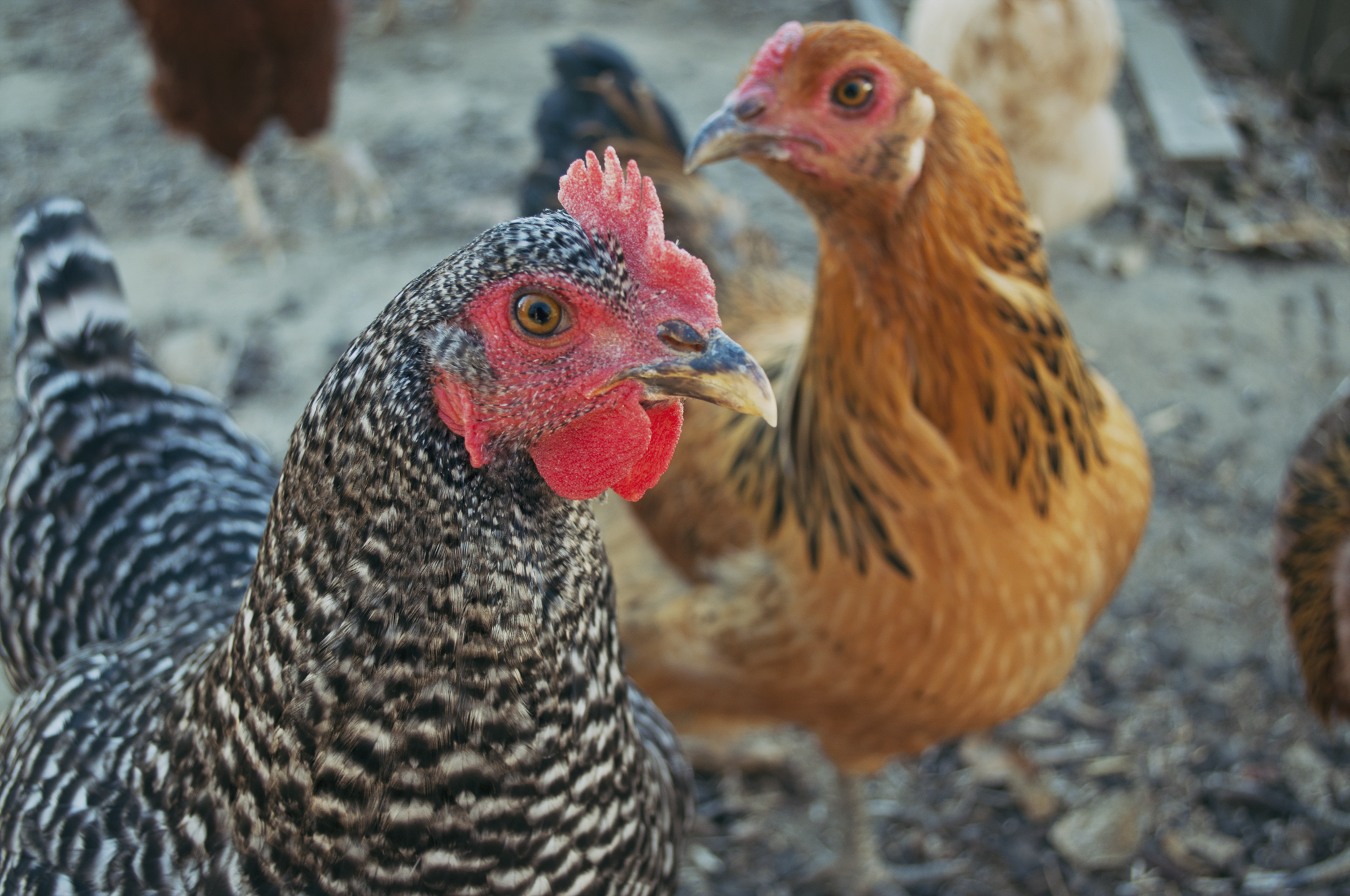 Sometimes these chickens look rather menacing. 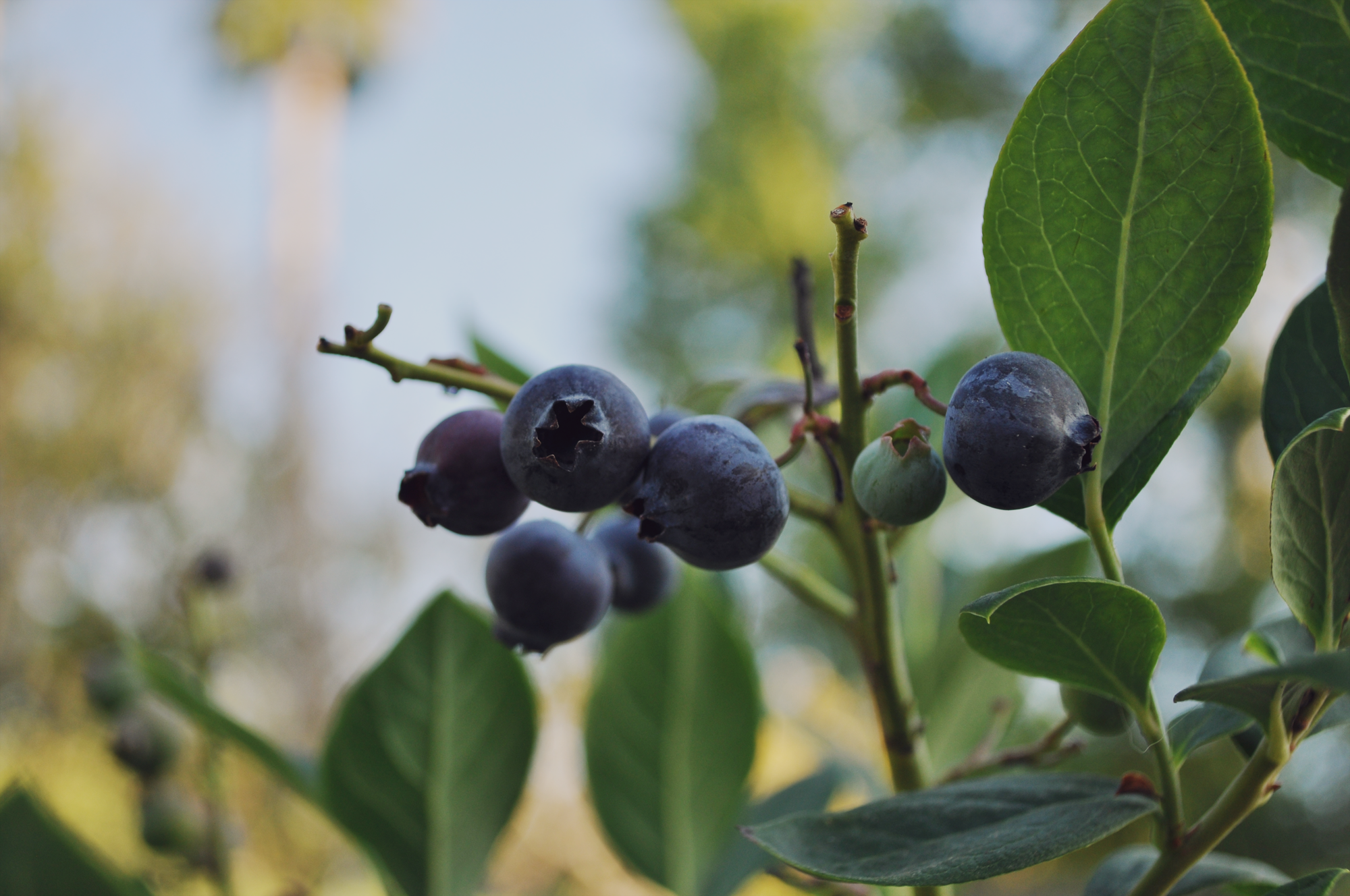 Blueberries generally don’t thrive in this area of California, but I’ve bought three varieties to see if any can tough it out. One down, two to go.

I was thinking about expanding our small flock when I noticed that the local feed store had the two breeds I had been looking to buy: Anconas and Ameraucanas. We picked up six, with the hopes that they would all be female, but expecting one to be a roo. Here are some pictures of the girls.

Aside from the Anconas and Ameraucanas, we decided on another Barred Rock, since we loved our first so much. Meet Lisbeth Salander. 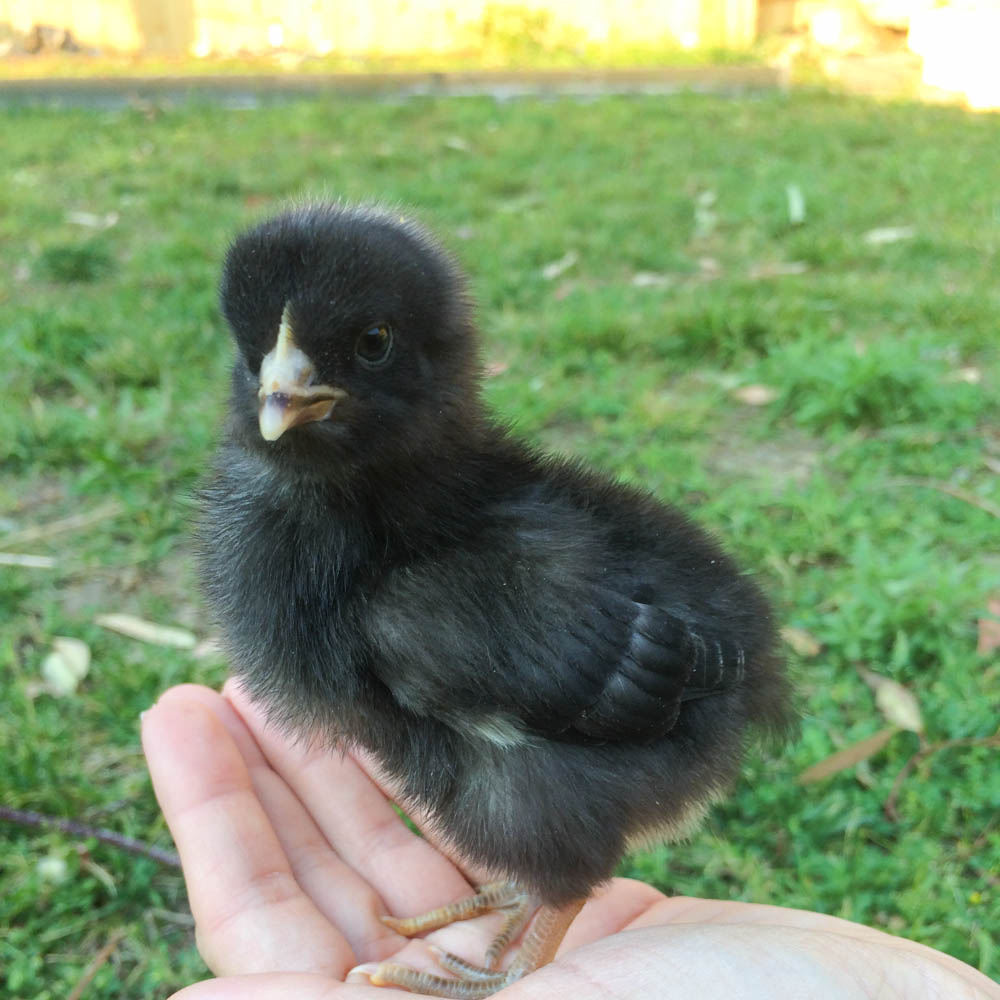 The next, a fiesty Ancona named Daenerys Targaryen. 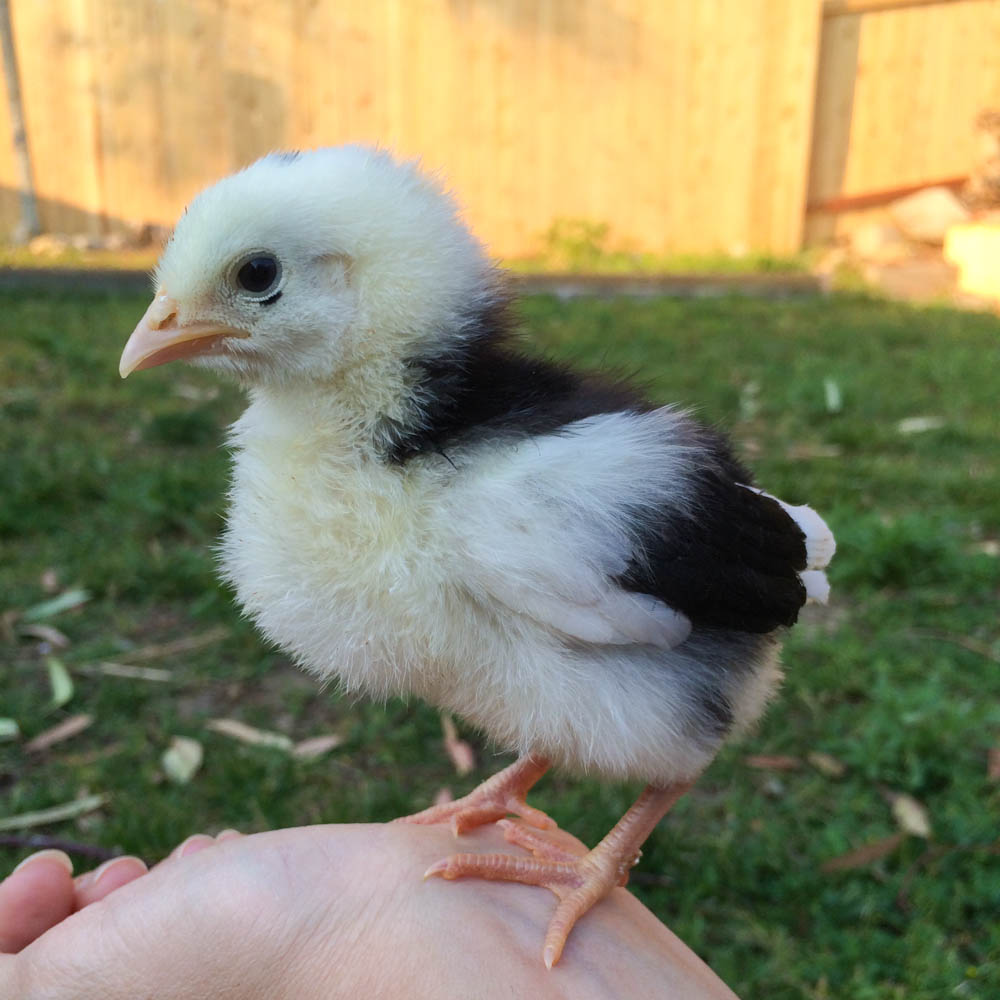 We chose three Ameraucanas, named Joe March, Matilda, and Scout. Scout is the smallest of the new flock, below. 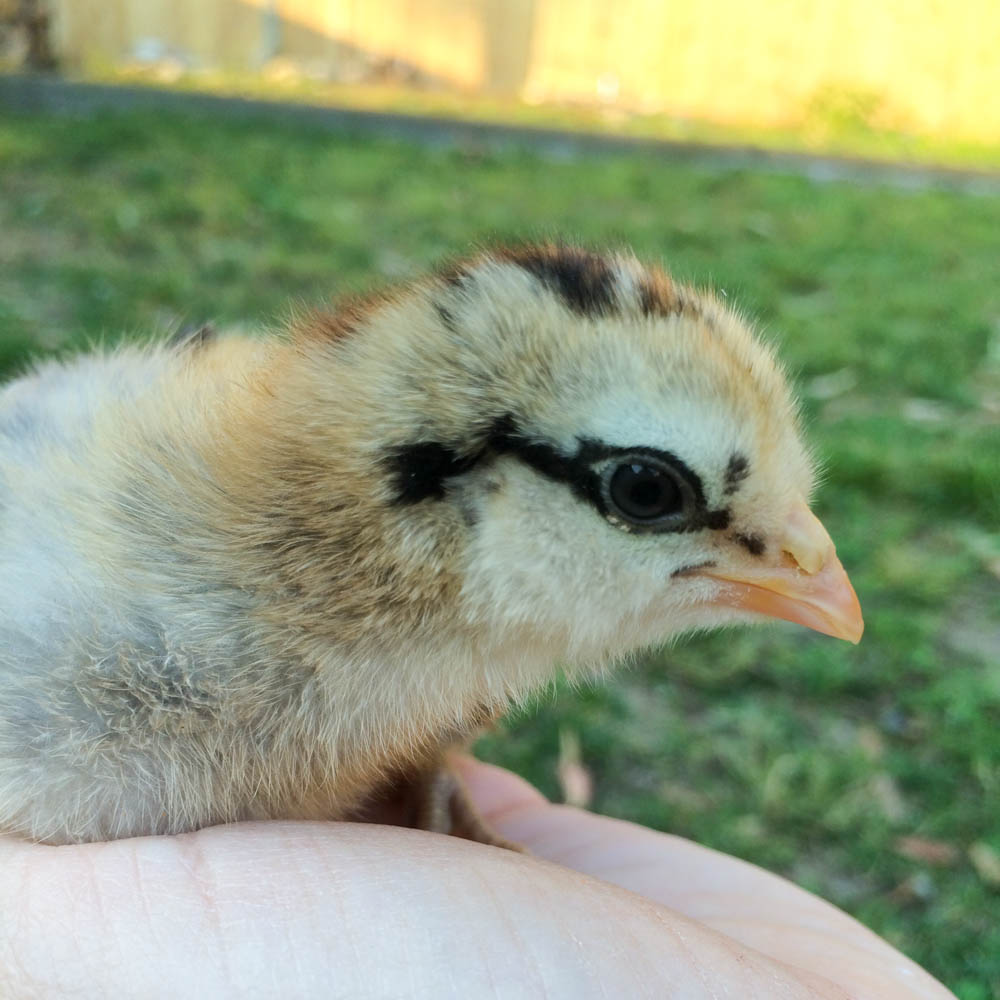 The other Ancona, also fiesty, has been named Cersei Lannister. Note the smug look on her face. 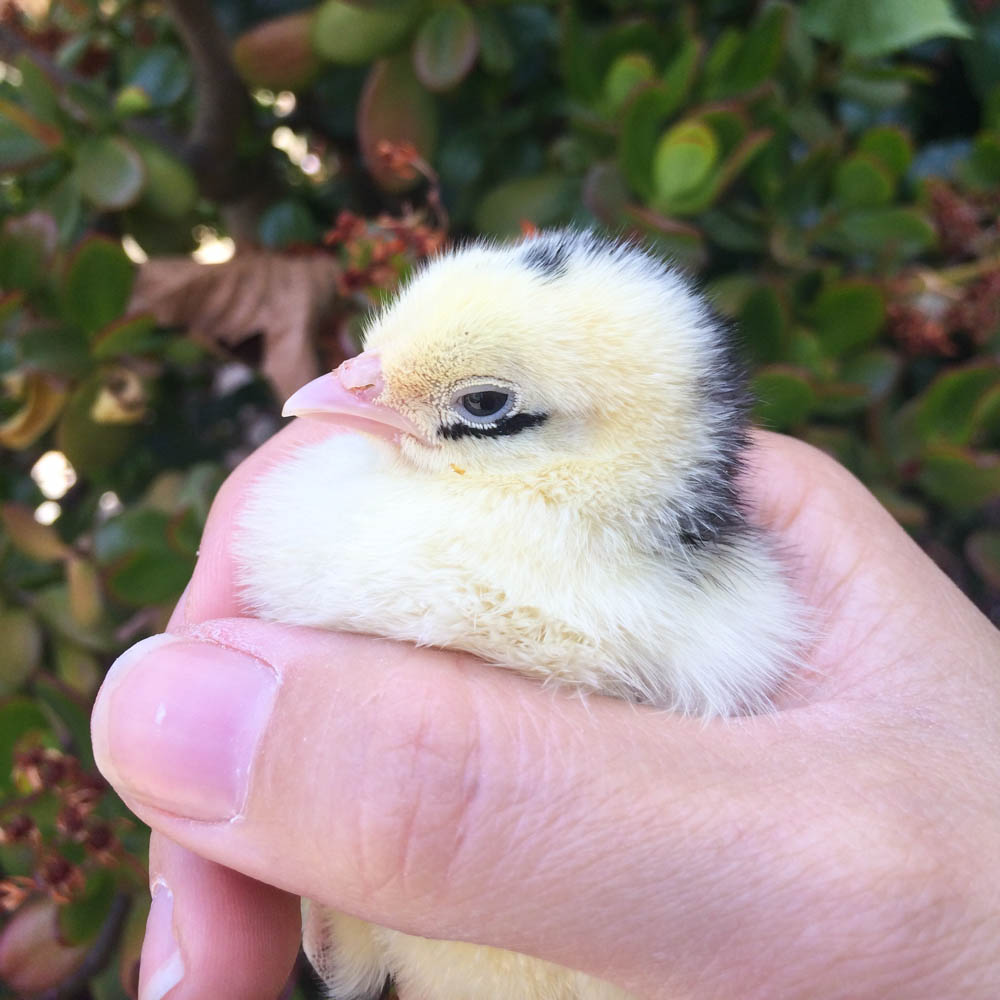 They have a temporary home in the garage until their feathers come in, but they do get some free time in the grass on occasion. 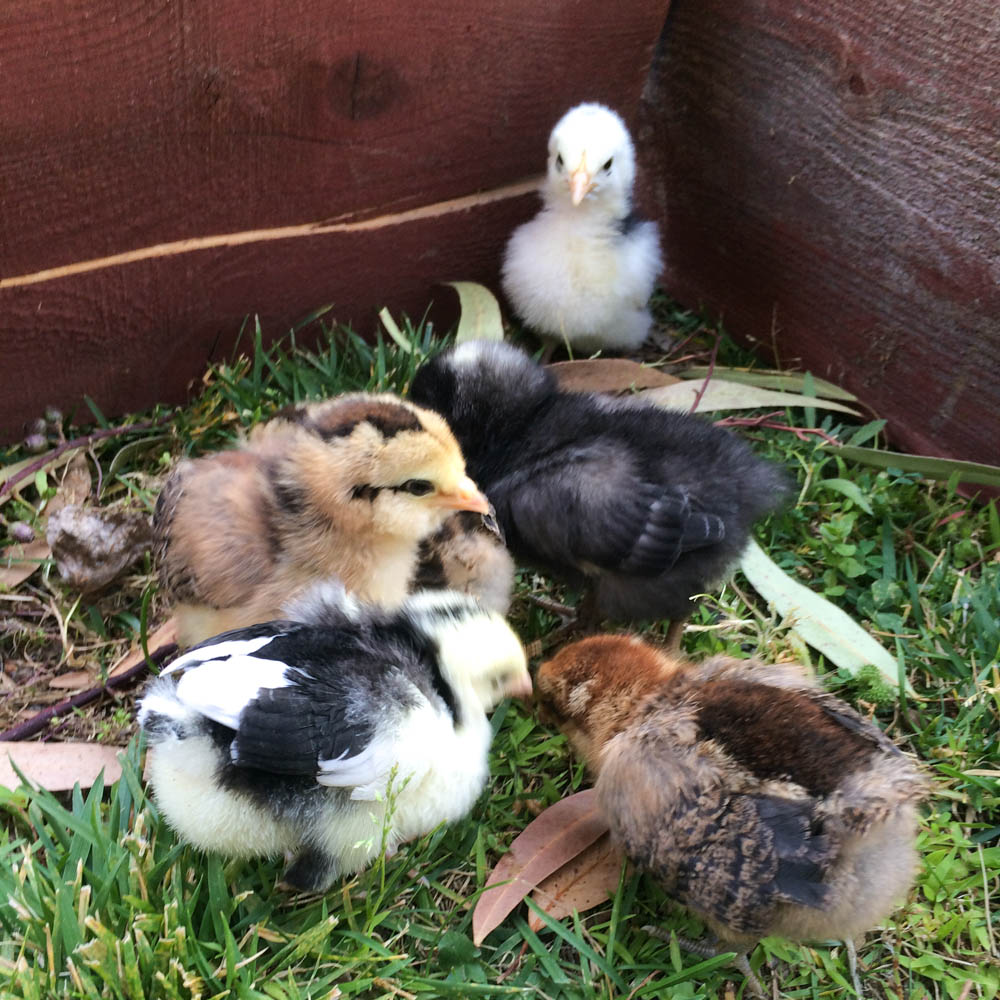 I’m excited to add blue and white eggs to our “rainbow” of browns the current hens lay. Only around six months to go!

The two older chickens are three weeks old now and feathering, so they are at their middle school hideous stage. The two little peeps are still adorable. This aging process also brought us a surprise – Hermione is actually a rooster, and has been renamed Ron Burgundy. Roosters are not allowed in our area so we must find a new home for Mr. Burgundy.

I made new box-home for the peeps over the weekend. It keeps their bedding separated from their food/water dishes, making clean up a lot easier.

Look at that comb… ugh.

I am Ron Burgundy?

Anyone want a rooster?

The flock is complete.

This peep is Ms. Laura Ingalls. She is a Buff Orpington and will provide 3 eggs/week.

Finally, meet Ms. Anne Shirley. She is a Rhode Island Red, and a mega-egg producer at 5 eggs/week.